The Classic Imperials had two changes at the tenor slot in the first two years. Murray was replaced by Robbie Hiner only a few months after the group formed in 2006. Murray later surfaced with yet another group of former Imperials that also included Terry Blackwood, Sherman Andrus, and Joe Moscheo. Near the end of 2008, former Imperials lead singer Paul Smith took over tenor duties from Hiner with the Classic Imperials.

In 2018, the Classic Imperials re-issued their 2008 release Standing Strong branded as "The Imperials" rather than "Classic Imperials." That same year, Armond Morales announced they were going to withdraw from touring after an appearance on the Huckabee television show with former Imperials member Russ Taff. 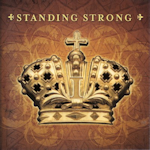 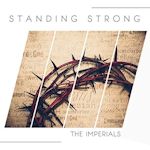 hi-res
2008 Standing Strong (NuSpring Records/8-91366-00218-6): Mercy Found Me; Reign (featuring Jason Crabb); A Place Called Heaven; That's What Love Looks Like; Valley Of The Shadow; Journey Of Faith; Roll The Stone; Days Of Elijah; God Is Not Our Enemy; The Love Of God; Mercy And Grace (Robbie Hiner, Rick Evans, David Will, Armond Morales). (Originally issued with the "crown" cover and no artist name. Reissued in 2018 as The Imperials rather than Classic Imperials.) 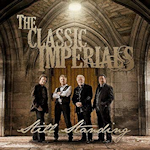 2010 Still Standing Live My Life; No More Looking Over My Shoulder; Brighter Day; Heaven; Been Through The Water; God's Got Something Good For Me; Ebenezer; There's No God; If I Were Jesus; Love Speaks For Itself; Something's Wrong With The World.
All articles are the property of SGHistory.com and should not be copied, stored or reproduced by any means without the express written permission of the editors of SGHistory.com.
Wikipedia contributors, this particularly includes you. Please do not copy our work and present it as your own.